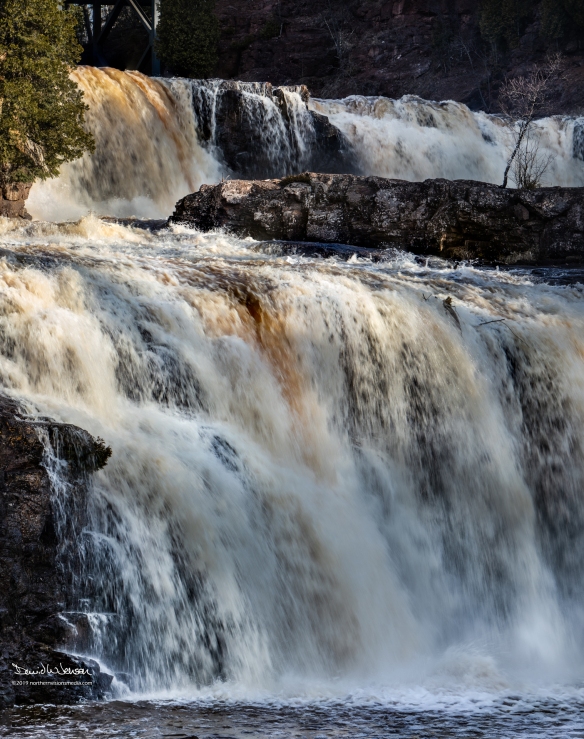 Visitors do not need a state park pass to visit the falls as long as you park at the rest area. 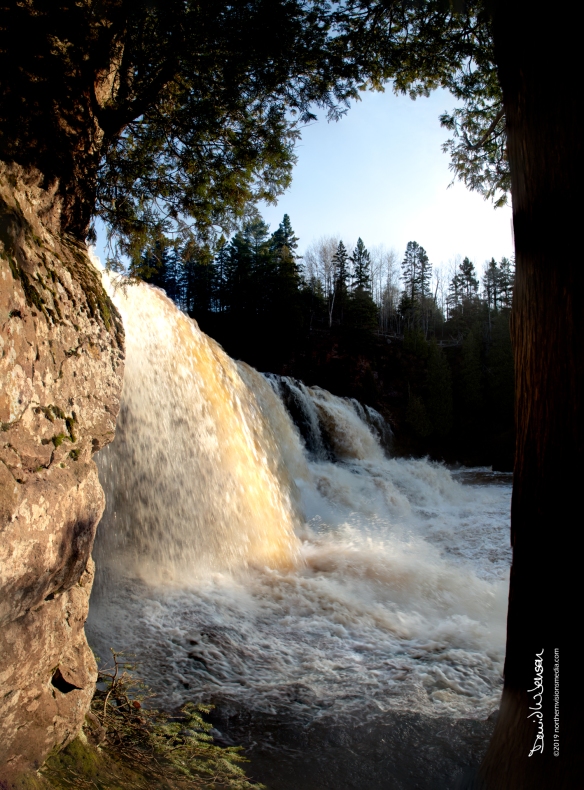 My stop at Gooseberry Falls State Park gave me the unusual opportunity to have the falls all to myself, a very rare experience.  I guess it pays to get there early and be willing to be out in single digit temps.

I love photographing water in motion along with the sound of the water as it flows by.  The St. Louis River is flowing unusually strong for this time of year due to heavy rain in northern Minnesota.  This is providing a wonderful spectacle in Jay Cooke State Park where it flows over an incredible array of rock ledges and falls on it’s way to Lake Superior.

A moment of serenity in autumn along Keene Creek, Duluth, Minnesota.

Each moving with a rhythm tied to nature

A lesson for us to observe.

During my brief visit home this past weekend, my wife and I took a trip up the north shore of Lake Superior to check out the ice formations at Gooseberry Falls and to do a bit of XC skiing.  As always, the frozen forms of Gooseberry Falls did not fail to impress, even though it’s obvious that the water levels were not as high as some years when the freezing process began.
After Gooseberry Falls we travel a bit further up the shore to a Superior National Forest ski trail near Tofte.  The trails were beautifully groomed and even though it was overcast, the weather perfect for skiing in the woods. The trail system is extensive, I circled the small portion we skied in yellow, but as you can see, there is so much more to explore.  After we had skied about half way through the loop, we stopped for a moment to soak in the beauty of where we were.  And, as wonderful as the view was, what was really impressive was not what we were seeing, it was what we weren’t hearing.  It was totally and completely silent.  There was no wind, no birds singing, no traffic, no planes overhead, no other people on this part of the trail…just total quiet.  I think we stood there for about ten minutes, listening to absolute silence.  I can remember only one other time I’ve experienced this kind of silence.  That was also while XC skiing, that time on Lake One outside of Ely, MN.  So much of my life is spent in urban areas and even when I escape to nature, it’s usually still too close to the effects of human generated noise.  In milder weather there are more bird sounds, the rustle of leaves or perhaps the sound of water running or lapping at the shore.  But, in the depths of winter, on a calm day, in a snow softened forest, you can find, “The Silence.”